“We sweep the needles that fall without end.” Takasago

Time:   Things begin slowly. Then they speed up. Then they end rapidly. 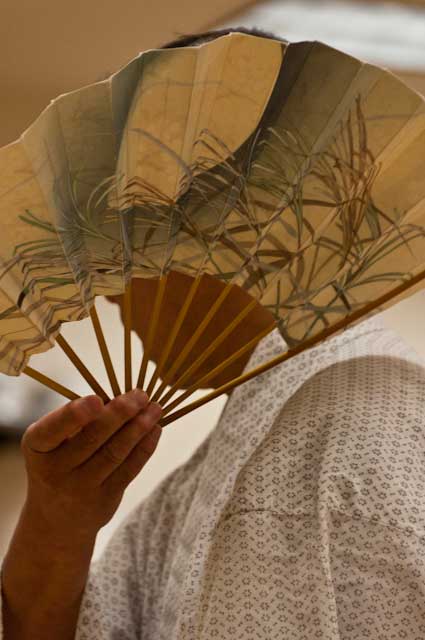 What has become fascinating to me is the fractal nature of this structure within noh. The cycle of five plays in performance at a full day’s program; a slow and auspicious play to start (waki noh), building to three middle plays (warrior, woman and miscellaneous – themselves functioning as a division of jo-ha-kyū) and a final expression of energy in the last play (ending or demon noh) before abrupt cessation. Each play divided into jo-ha-kyū: within each play its sectional construction (dan), then sub-divisions within those sections. Within each song structure, the actor’s movement and dance, ultimately down to each line and syllable. Each aspect of performance, if properly expressed, leading from macro to micro in jo-ha-kyū. The brilliance of the structure reflective of our perception of time, rather than to its linear passage.

A few years ago Hosho-ryu practitioner David Crandall voiced the opinion that the Japanese had discovered noh, as opposed to inventing it. What I think he was saying to me was that the expression of noh was, in a way, latent within us. That the manner in which it is constructed is so closely in tune with the rhythms and timbres of us that its resonance can reach a level which exceeds the conscious.

Running parallel to jo-ha-kyū is the expansion and contraction of time: we’ve all had these moments, hours that escape us and minutes that won’t cease. Our youth, our strength, our waiting, our fading flower. I’ve experienced this directly while performing noh: taking the stage as the Atsumori mae-shite, I felt as if I’d left mere seconds after I’d arrived; sitting in the chorus during the last part of a longer play (crouched on my knees in agony) feeling that each second of the nochi-shite’s short, vigorous dance had stretched out into an eternity. Noh’s expression then an aspect of the obvious, something so pervasive that we can’t recognize it until we reach a certain place in our own lives and discover its nature all around us. 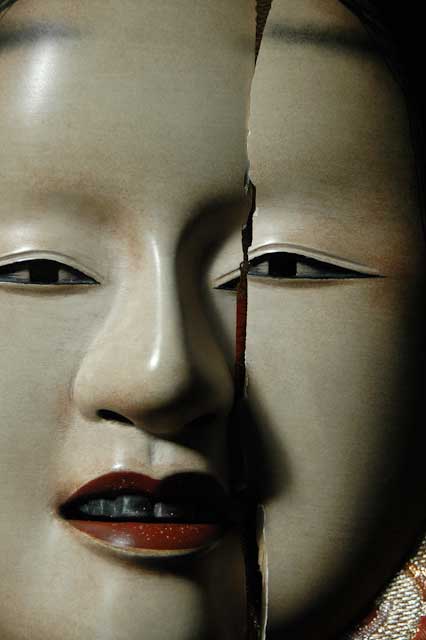 While being taught the songs and movements of noh, theoretical ideas like yugen and jo-ha-kyū are introduced – and, much like a child, one can imitate these conceptual aspects without a deeper understanding. It is in practice and in performance that these underlying aspects become clearer, that the more one releases conscious effort the more jo-ha-kyū is expressed through its own accord. How? By merely giving in to it. To the environmental order of it. 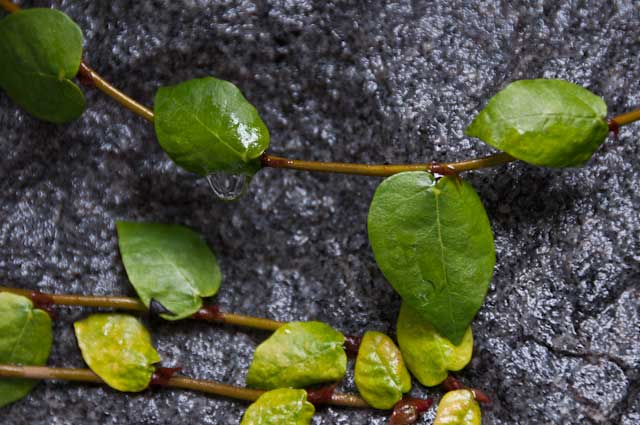