Once More with Feeling: Teachers (Pt.1)

Richard Emmert—Artistic Director of Theatre Nohgaku and the Madwoman in TN’s Sunday performance of Sumida River at Zen Mountain Monastery—has among his many talents surpassing skill on the nohkan. He’s been coaching me, therefore, on how to improve the flute part, which he could play sublimely himself were he not taking the lead role. One piece of advice that I’ve thought much about is his encouragement to match the flute ashirai, those sections that are loosely coordinated with the other parts but involve considerable freedom, to the emotional character of a given moment.

At the risk of getting a little too analytical, I’ll provide an example. There’s a trio of ashirai musical phrases—takane, naka no takane, and kote—that punctuate particular moments in the form of certain sung pieces in noh. This means that if a flutist understands the form, takane, naka no takane, and kote can be dropped in without even thinking about the story of the play or the content of the sung text. But that might not make for a very interesting

performance. The magic of these phrases, and of powerful nohkan playing, seems to be in adapting these “all-purpose” phrases to a particular dramatic moment. The takane is three notes. Come to think of it, it’s more like two notes, with the second one ornamented. “O hya ra” is how one would sing it in shoga, which is something like solfege. Those three notes happen after the opening lines of certain songs and during the drummers’ uchikiri, a set rhythmic pattern.

So, in Sumida River, I play takane after the wakitsure (a traveler, performed by Tom O’Connor) sings, “Cloud and mist rising / Obscure the mountain peaks of the high road passed.” Then I play it again after the chorus sings, “Moreover they say / The bond of parent and child lasts but this lifetime.” (I play takane a few other times, but two instances are enough for the sake of the example.) What I’m trying to do, then, is to loosely fit with the drummer’s uchikiri pattern while somehow suggesting, in the first case, the natural setting described in the wakitsure’s song and, in the second, the painful realization that parents and children have only one lifetime together. 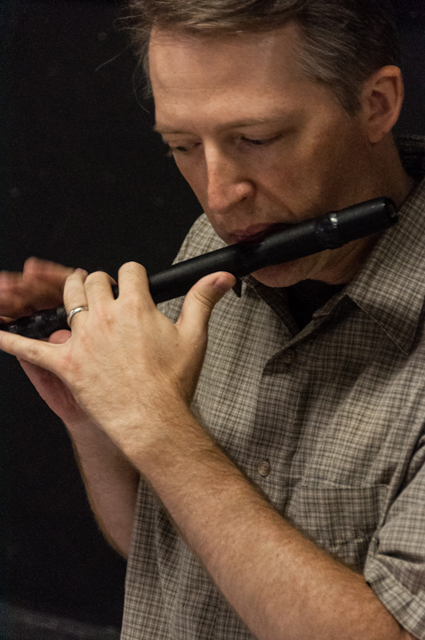 How to do it? Is it as simple as playing the first takane in a slightly peppier tempo? Do I aim for a more veiled tone in the second takane? Should I change vibrato? Volume? Increase or decrease ornament or “air” in the sound? Or should I be more concerned with creating a sound and feel that matches the whole of Sumida River and be careful not to distract with too many variations in individual instances of the takane? Whatever answers might emerge, the larger lesson taught is clear: play it thoughtfully, to support the drama, and with feeling.

Somehow this reminds me of certain Lieder (German art song). Franz Schubert’s “Heidenröslein,” for example, has the same music for the three very different stanzas of Goethe’s poem. No skilled performer would approach each stanza the same way. Given the same music on the page, the performers’ task in “Heidenröslein” is to make that same music seem different each time. When this is done well, there is a surprising power in the tension between sameness and difference. What difference exists is an accomplishment of the performers, and hopefully serves the piece instead of distracting from it. Does it make sense to think about Schubert in order to improve my part in a medieval Japanese drama? No more than it makes sense to perform that drama in the Catskills. But when I’m in the moment of performing, both make all the sense they need to. 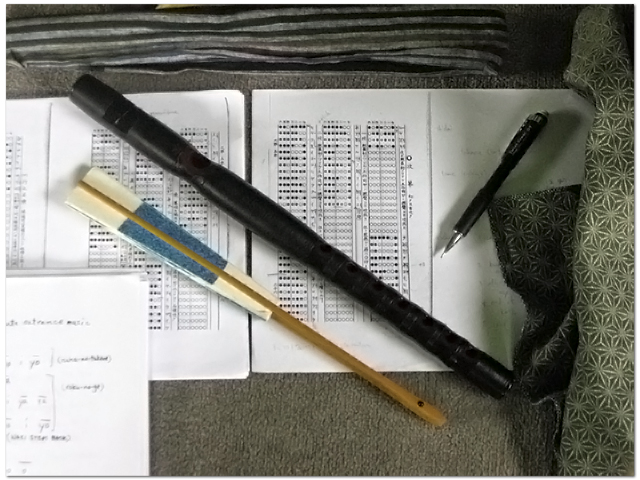