Imagine a play with six or seven very complicated disciplines, people switching roles from actor to flute to chorus, two full independent casts, and all delivered in a foreign medieval language.  Now imagine having three weeks to make it all fit together.

I think if any one familiar with the rehearsal process were to witness us working on Atsumori this week their initial reaction could be… “Are they deluded? This won’t be ready in three years let alone two weeks!”  … Ah… But they have never been to the Noh Training Project to witness the magic first hand.

True, after one week there are still many little musical details to iron out between the chorus and the musicians. The actors who have been working on their songs and dances for a year are now getting their blocking.  (Which seems simple enough — the patterns are spare and repeating — if they did not have to time their actions precisely with the music.  There is a lot of “WHEN do I get here?” and “Don’t begin turning until “Koe o chikara.”)

To an outsider it must look like barely controlled chaos.

I have worked on my chorus parts, and starting Monday we begin to add my role into the mix! Hey!  I get to be the Ai-kyogen!

I come out in the middle of the play and, in plain English, tell everyone what’s going on.  In the good ol’ USofA this is always appreciated—the demanding spell of noh is loosed for just a moment before it returns louder and faster then before.

Director Rick Emmert had asked me to construct my own “Ai” using the several English translations available (and my memory of sitting through a few Atsumori ai-kyogen intervals) I’m pretty happy with the result. It is really a retelling of the moment of Atsumori’s death but we need to understand who he is, who’s he fighting, and importantly, where.

I have cut out just a few of the details (in the original, there are five different Genji warriors mentioned by full name) and attempted to highlight the pathetic beauty of the story.  This type of beauty, I think, would be automatically understood by a Japanese audience but to just say “he was a youth of 16” is not enough to really paint the scene for any audience.  Two translations included a reference to the youth’s face being painted and powdered—traditional signs of refinement to the Japanese.  Not entirely so to your Bloomsburg Town Park audience.  The challenges in the writing were fun, the challenges of performing has me looking forward to Monday with trepidation and trust.  It is a long (albeit exciting) story with strange details and, as tradition, very little movement and gesture.  So Monday, I rejoin the chaos. 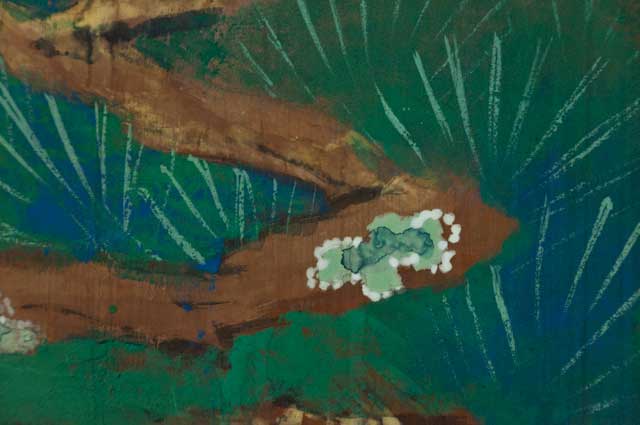 Noh, one of the oldest continuing stage arts, combines highly stylized dance, chant, music, mask and costume with intense inner concentration and physical discipline, creating a uniquely powerful theatrical experience. Theatre Nohgaku’s mission is to share noh’s beauty and power with English speaking audiences and performers. We have found that this traditional form retains its dramatic effectiveness in languages other than Japanese. We believe noh techniques hold a powerful means of expression in the context of contemporary English language theatre.
View all posts by Theatre Nohgaku →
This entry was posted in Atsumori, Performances and tagged ai-kyogen, atsumori, greg giovanni, noh, Noh Training Project, richard emmert, theatre nohgaku. Bookmark the permalink.